Saving Our Homes
In The Age Of Disasters 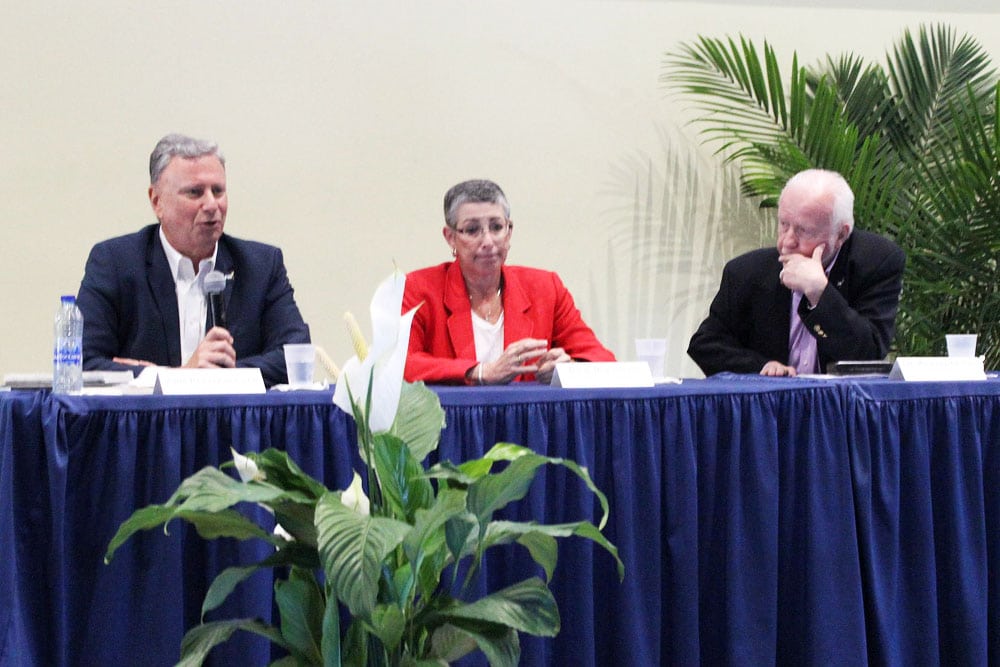 Your Home Is Your Castle. Local Disaster Experts Explain How To Protect It From Storms

Just two days before the official start of hurricane season, Florida International University hosted the world premiere Wednesday of “BUILT TO LAST?,” a documentary that warns of risks to homes and other buildings in “the age of disaster.”

Hurricane season is here. Listen to an interview about the independent documentary, 'Built To Last.' It talks about how to build and shop for more disaster-resilient, safe homes in hurricane-heavy areas like Florida. Watch the film on PBS this summer.

“When someone loses their home, it’s like they’ve lost everything,” said Aris Papadopoulos, of FIU’s Extreme Events Institute, whose book, “Resilience – The Ultimate Sustainability,” inspired the film.

“It’s very important that people become more educated on what they can do, practical things they can do, to be resilient-smart consumers,” Papadopoulos said.

In a panel discussion after the film, Papadopoulos said that the key to building risk-resilience is gaining awareness about where consumers place their money and values. According to him, the bulk of home renovations are cosmetic.

Homebuilder Bob Howard, who has lived in Kendall for over 38 years, agreed. He said he sells homes to people who care more about beautiful kitchens than secure roofs.

“In 1980 I built houses with the roof attached with bolts, not nails. The people across the street were building houses with staples holding on the roof,” Howard said. “Those houses, there was nothing left,” he said, reflecting on the devastation of Hurricane Andrew.

During hurricane season, the structure of a roof can mean the difference between complete devastation and surviving the storm.

Papadopoulous said Florida homes are still being built to “pre-Andrew standards,” favoring affordability over resilience. But that leads to economic loss in the long run.

“We get a lot more information on the safety features of a car then we get on homes,” he said. “We’re smarter in terms of green products or organic foods, and we’re willing to pay even a little bit extra for those. But when it comes to the most important decision of our life, which is our home, most of us are in the dark.”

President and CEO of the Insurance Institute for Business and Home Safety, Julie Rochman, provided a series of steps Floridians should take before a storm:

A documentary that changes how we look at homes in the Age of Disasters.